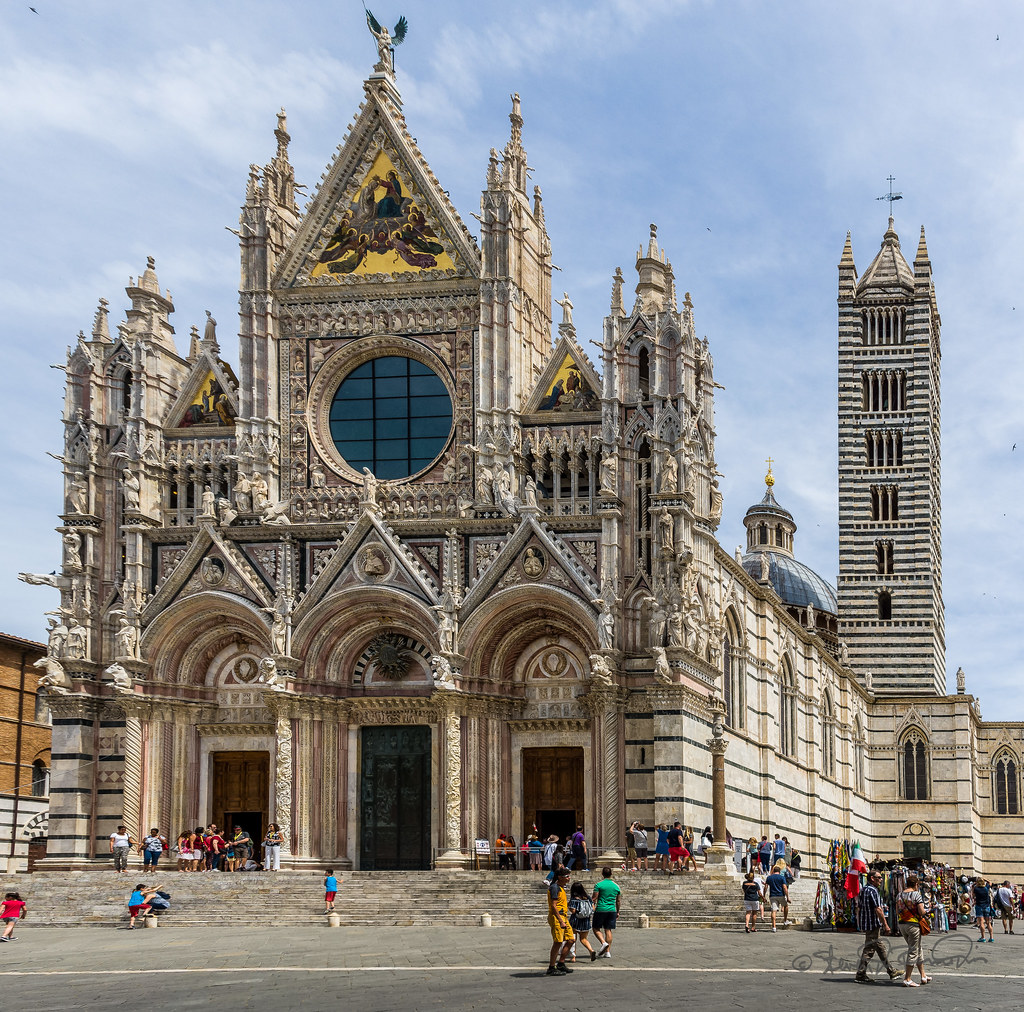 A Roman town called Saena Julia was founded at the site in the time of the Emperor Augustus. Some archaeologists assert that Siena was controlled for a period by a Gaulish tribe called the Senones. 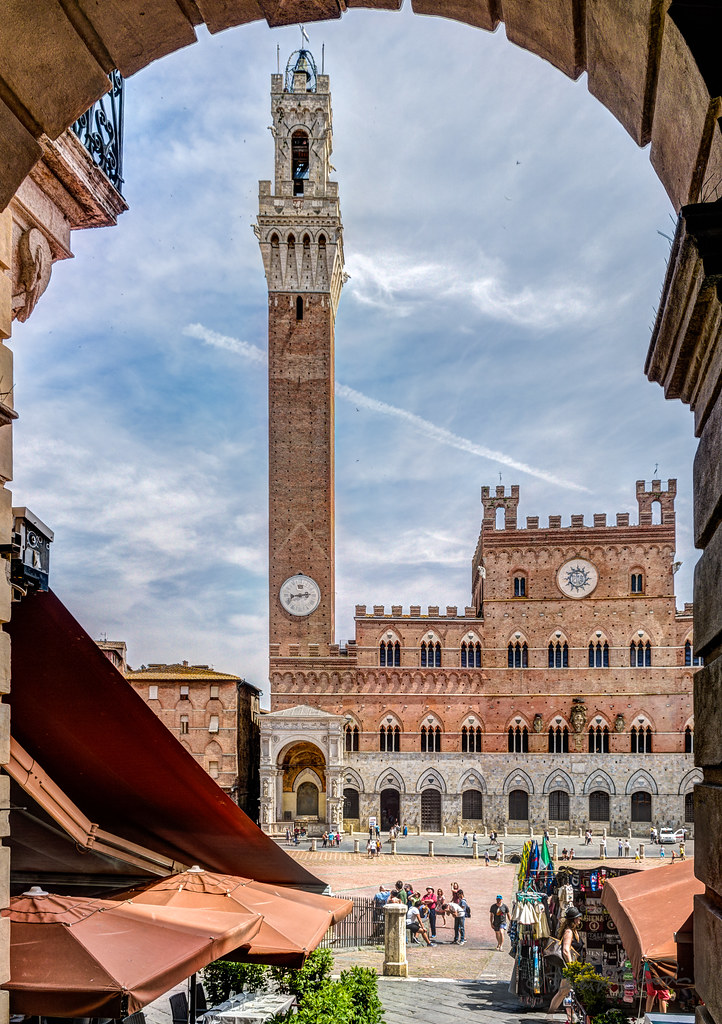 It's a small city built along three distinct ridge-lines that meet to form a “Y,” Siena is as elegant as it is ancient. Narrow, medieval passageways open suddenly to sweeping views of the city and surrounding countryside. Our walk is like stepping back in time to discover the palazzos, piazzas, and churches scattered throughout Siena’s Old Town, a UNESCO World Heritage Site. Siena’s streets are paved with cobblestones, and the city is built over five hills, making for a challenging—yet rewarding—stroll. Siena’s seventeen districts, or contrade, were originally divided by the city’s buildings and their owners at the time, rather than by roads or other geographical markers. Each is named after an animal or symbol.  The central square is named Piazza del Campo, a shell-shaped 13th-century plaza considered one of the most beautiful in Europe, and home to Siena’s most important civic events.