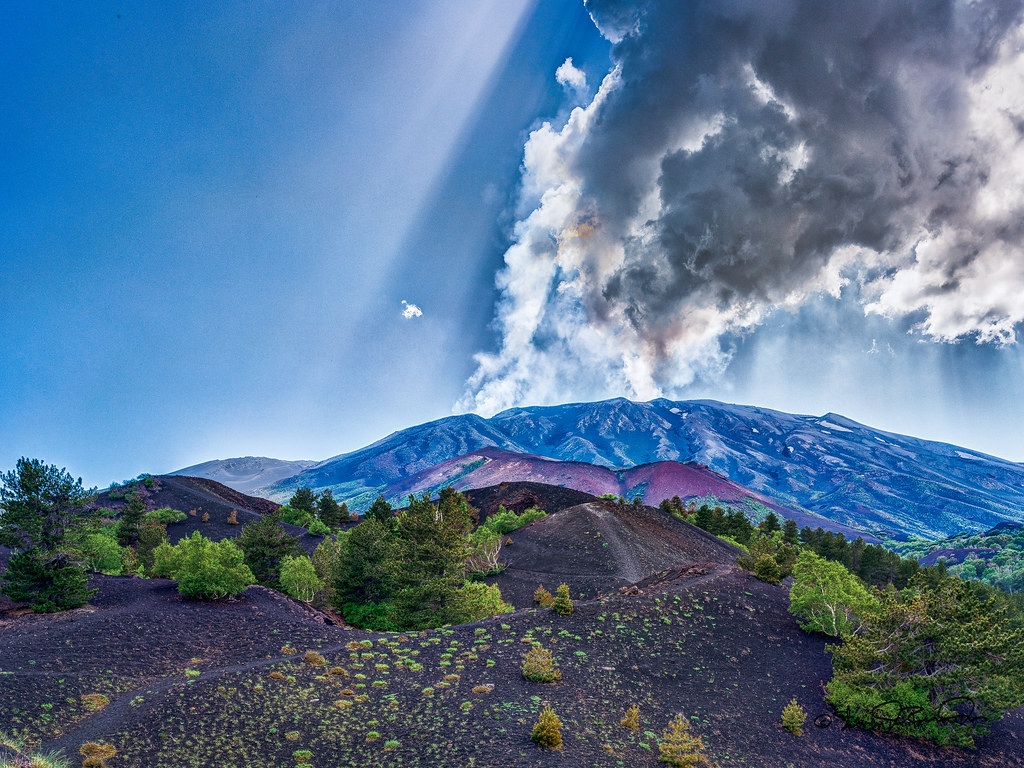 After two prior attempts we finally made it to Sicily. We love Italy, but we had only a taste of Sicily back in 2002 - cannoli in Mondello. OAT's Sicily's Ancient Landscapes & Timeless Traditions tour promised to visit the major attractions and to provide intimate experiences and it did not disappoint.

First stop, Palermo, the cultural heart of the island. We enjoyed the city's charms, except the traffic. On our free day we visited Mount Pellegrino which overlooks the city and is the site of the Sanctuary of St. Rosalia, the patron saint of Palermo.

We took a day trip to the spectacular cathedral in Monreale which reveals its history by various architectural remnants of the ages.

A day trip to Castelbuono and Cefalû provided a cultural experience of historical villages, music and food.

With some time to spare on our drive to Segesta, we made a stopover in the beach town of Mondello where Sylvia and I visited twenty years ago. And we found the same cannoli shop for a redux.

After lunch at an agriturismo we strolled through the countryside enjoying the wildflowers and views of the Greek-style temple in the distance.

The fishing town of Mazara del Vallo served as a base to visit Phoenician ruins on the island of Mozia.

Agrigento is a destination for antiquity lovers. The star attractions are the Temple of Juno and Temple Concordia, but there is so much more to see from the hillside site overlooking the sea.

Afterwards we visited Villa Romana del Casale which was the luxurious home of a wealthy Roman that was covered by mud while it was still occupied. The floor mosaics are the highlight for visitors.

Perhaps our favorite city in Sicily, Ragusa is a place to relax and enjoy the slower pace and excellent food.

From here we spent a day-in-the-life at an agriturismo farm that was planting tomatoes on a grand scale, then a thrilling visit to Modica for a Fiat tour of the city.

Our trip to Catania included a stop at the island of Ortigia to see the oldest Temple of Apollo in Italy. From Catania we ventured to Mt. Etna to hike among the cinder cones while listening to the mountain "breathe."

On our last day in Sicily we toured Taormina with its famous Greco-Roman Theater.

We didn't know what to expect on the Amalfi Coast and we were pleasantly surprised by the lovely town of Maiori. It's a quiet village on the sea a short ferry ride from the more touristy towns of Amalfi and Positano. We enjoyed a couple of hikes in the hills which were a highlight for us.

Again, we didn't know what to expect in Naples; we've heard the negative reports from years ago. To our surprise it ended-up being a good experience. Our city tours gave us an understanding of southern Italy, and the visits to Pompeii and Herculanuem were a highlight.