Joya de Cerén was discovered by accident in 1976 by a bulldozer driver leveling ground for a government agricultural project. 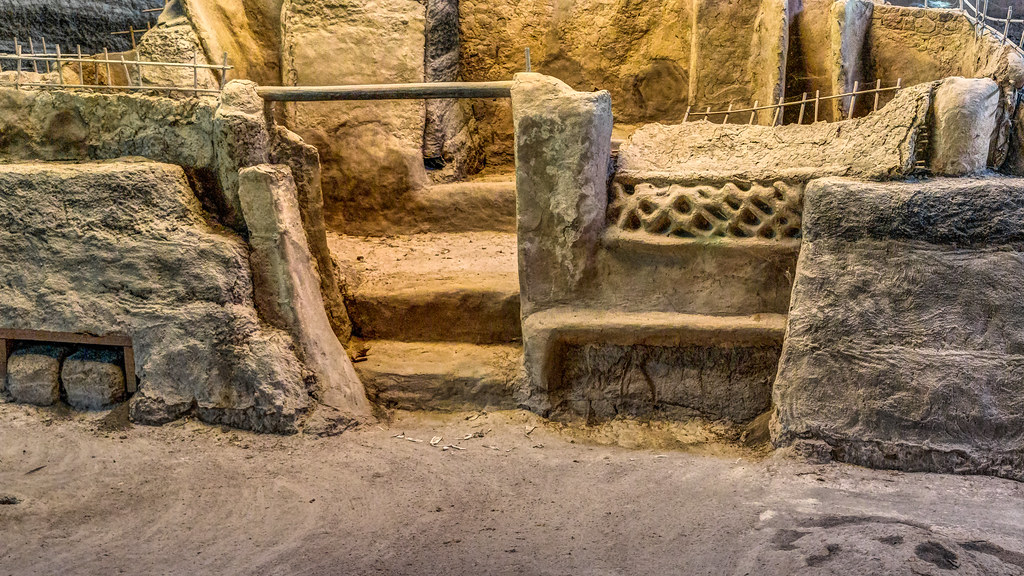 Joya de Cerén, a UNESCO World Heritage Site, and a Maya archaeological site. It is aptly nicknamed the “Pompeii of the Americas,” because—like Pompeii—it features remarkably intact dwellings that were preserved for centuries after being buried by volcanic ash. Dating from about AD 600, the ruins here were the homes, communal baths, and public buildings of ordinary people— not, as at most other sites, the monumental temples of royalty. This site was discovered in 1976 and is still being excavated. Evidence suggests that the inhabitants were able to evacuate as the eruption destroyed their village, but they left utensils and textiles behind that provide revealing glimpses of Maya life more than a millennium ago.