Fernando Zambrano, our OAT guide and Galapagos naturalist, met us at the Quito airport. Quito has two million people and is very clean and modern. It's long (30 mi) and narrow (3 miles).

Unlike Cusco, few people here dress in traditional ways. The Festival of Independence of Quito was occurring over the past few days and because it was also Saturday evening, the area was hopping! And noisy and they had disco buses filled with dancers and blaring music into the late night! 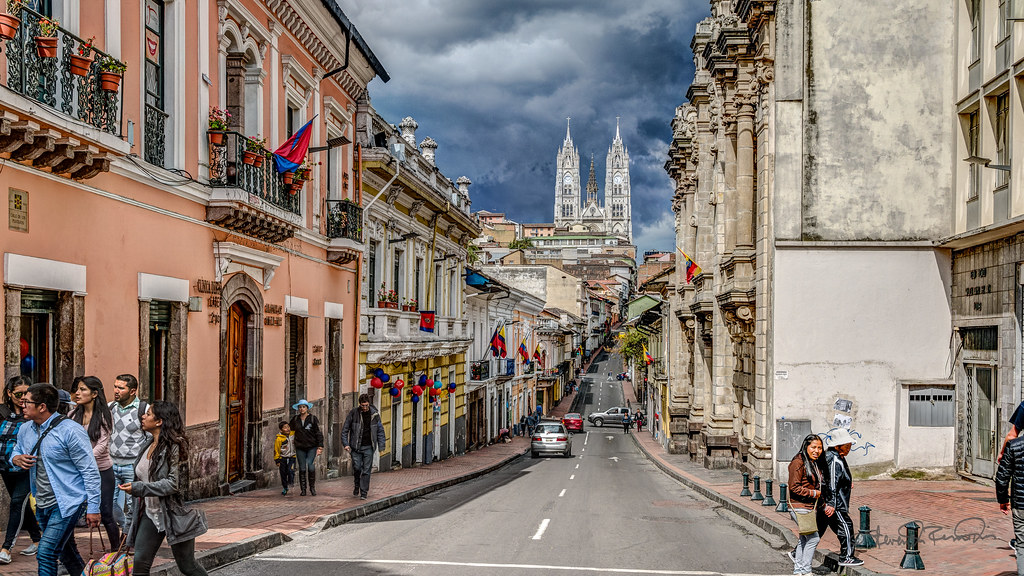 Our city tour was led by a local guide, Leonora who was very good. She told us that Quito is the second highest capitol in South America. We visited the old part of town with its many colonial buildings which had fallen into disrepair but are now seeing a new trendiness. We ended up at the Ecuadorian Inca Museum which was simply fabulous. They use a mix of artifacts and replicas to create an experience that feels very genuine. 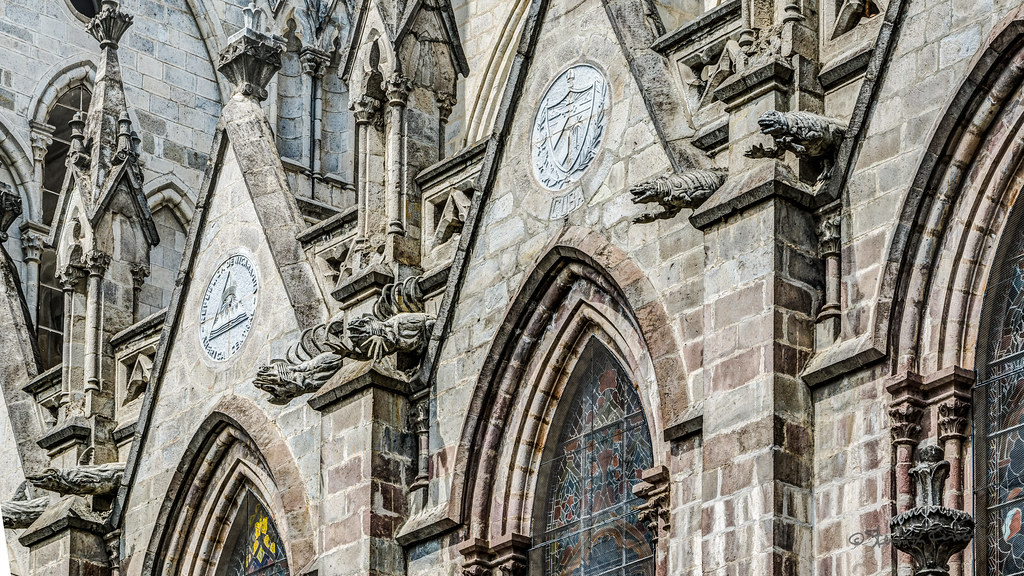 We didn't feel the 6.5 earthquake the next morning, but Steven thought someone was knocking on the door. Our tour today took us to a large city food market which was clean and bright. Leonora introduced us to cuero, the hardened skin of a roasted pig, which is now a new vice for both of us.

Then we went to the Basilica of Quito with a view of Colonial Town from the top, and then to Campania de Jesus Church that had it’s bell tower destroyed in 1999 quake and the bell taken down and put on display. 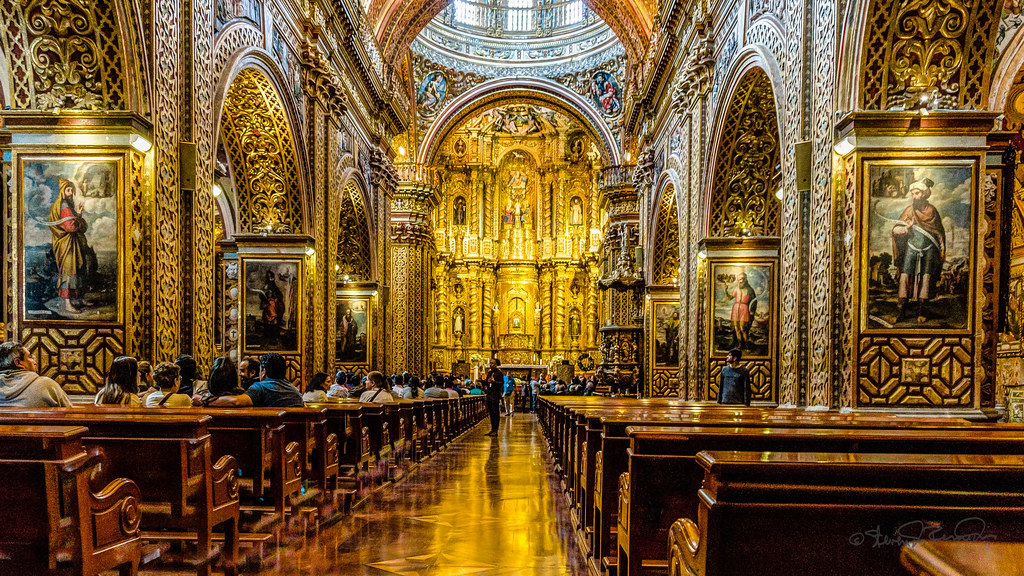 One of the highlights was the Church of San Francisco that was all done in gold; everywhere you looked. Photographs are not allowed but we’ve never seen anything like it (“poor Sienna”!!).

As we walked in the streets, Leonora and Fernando arranged for an ‘interview’ with a street prostitute (prostitution is legal in Ecuador). That was a new one for us! Then we continued our walk and talked to a tourist policeman.

After lunch, a young man (who used to be a pickpocket in the area) was selling his small oil paintings. Bought one as a gift for Brian/Alex. Steven went with Tony, Bob Z and Ken via taxi to the top of the mountain via cable car. It is at 12,200 ft and is supposed to have a great view but it was too cloudy.