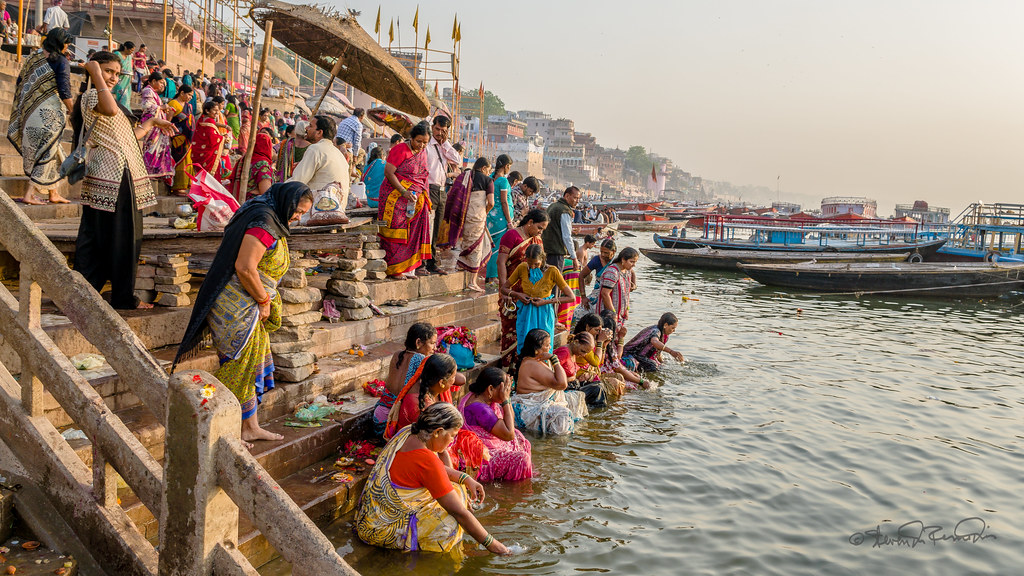 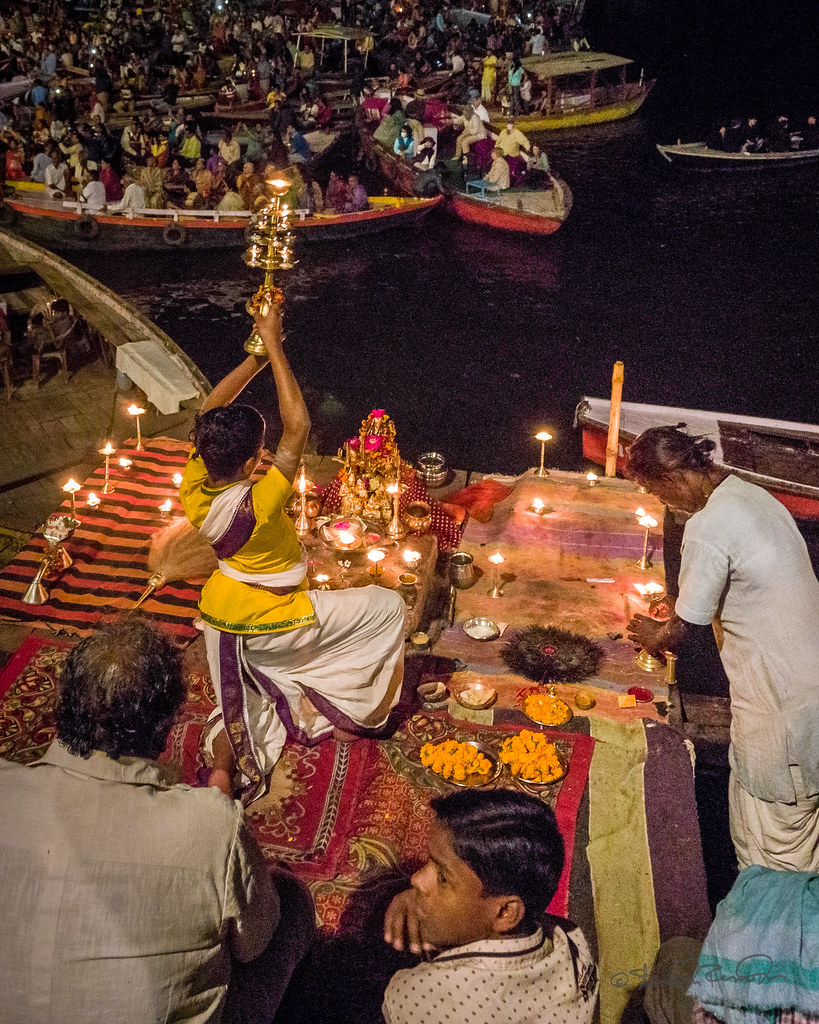 Known as Benares during British times, Varanasi is one of the oldest cities in the world, with a written history dating back more than 4,000 years. It has an intense atmosphere of spiritual devotion, a feeling of an unending religious festival. Hundreds of temples honor the thousands of deities in the Hindu pantheon. Pilgrims from every part of this vast nation crowd the narrow streets and the riverside ghats. As the day came to a close, we traveled to the bathing ghats located alongside the sacred River Ganges. People flock in large numbers every day to bathe and worship in the temples built beside the riverbank. You can feel the timelessness of Varanasi as the sun sets and as the temple priests perform aarti, the sacred light ceremony, on the banks of Mother Ganga. 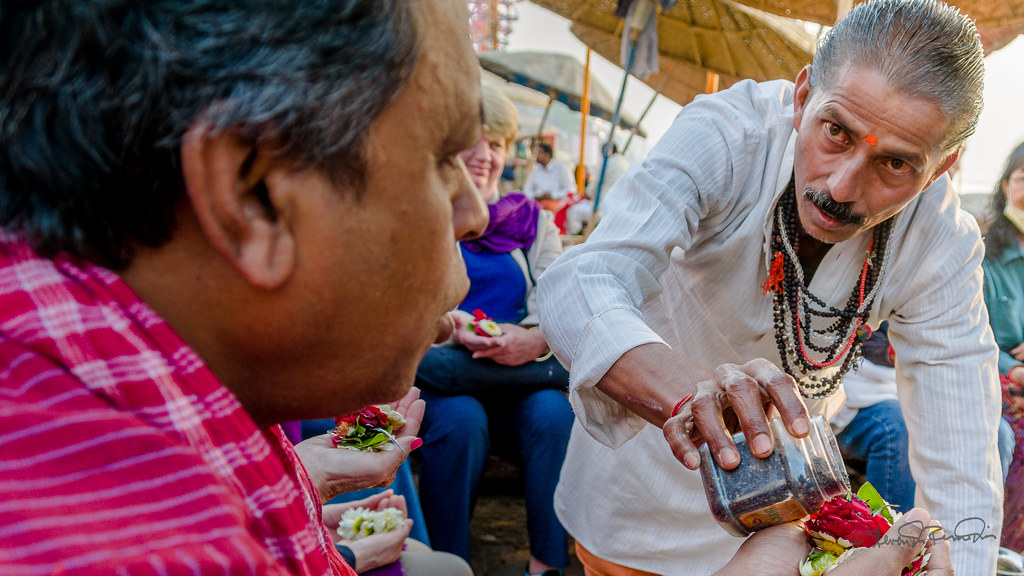 Early the next morning, we boarded a small boat for a cruise on the Ganges. From our boat we were witness to the everyday life in the holiest of cities, as the people arrive at the ghats to take a ritual dip, perform yoga asanas, wash clothes and offer flowers and incense to the river. We saw devotees performing their daily religious rites. At stone steps on the river’s edge, we join our hosts in a pilgrimage: for them, the heart of their faith, for us, a superlative cultural experience.