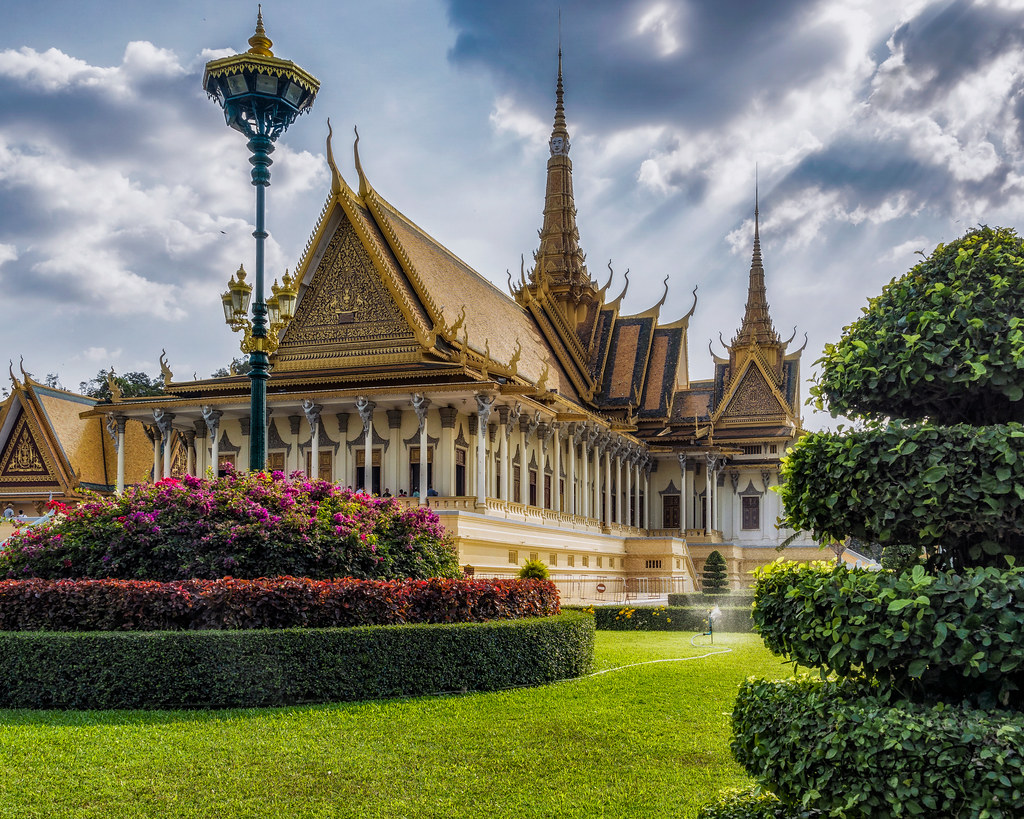 Phnom Penh. the capital of Cambodia, once known as the "Pearl of Asia," was considered one of the loveliest French-built cities in Indochina in the 1920s. Founded in 1434, the city is noted for its historical architecture and attractions. The main tourist attractions are the Royal Palace with the Silver Pagoda and Wat Pho with an enormous reclining Buddha.

We visited Choeung Ek Genocide Center, the largest killing field of the 388 killing sites (called re-education centers) in Cambodia (located 11 miles south of Phnom Penh) where thousands were tortured and killed. This was previously a Chinese cemetery and in 1980, mass graves of 8,895 were discovered. Of the 129 mass graves discovered at this site, only 86 were excavated. Today, Choeung Ek is a memorial, marked by a Buddhist stupa. The stupa has acrylic glass sides and is filled with more than 5,000 human skulls. Some of the lower levels are opened during the day so that the skulls can be seen directly. Many have been shattered or smashed in.

Later, we visited S21 (Tuol Sleng Prison), a prior high school converted into a notorious detention center, where only seven of the roughly 20,000 people imprisoned there are known to have survived. We spent time talking the one of the two living prisoners of the seven who survived. In this prison, people were tortured, interrogated and then killed. Mr. Chum Mey, 88 years old, talked about his life at the camp (1978) and how he was able to survive (he could repair the typewriter that the administrators needed for communications.)

Later we drove past the Royal Palace, the Silver Pagoda (Wat Preah Keo Morokat), which draws its name from the more than 5,000 silver tiles that cover its floor.), had drinks at Raffles Hotel Le Royal (happy hour at their famous “Elephant Bar”; fabulous G&T’s) built in 1929 and where Charlie Chaplin and Jackie Kennedy stayed. Afterward we went dinner on our own at FCC (the former Foreign Correspondence Club where news of the killing fields first broke).