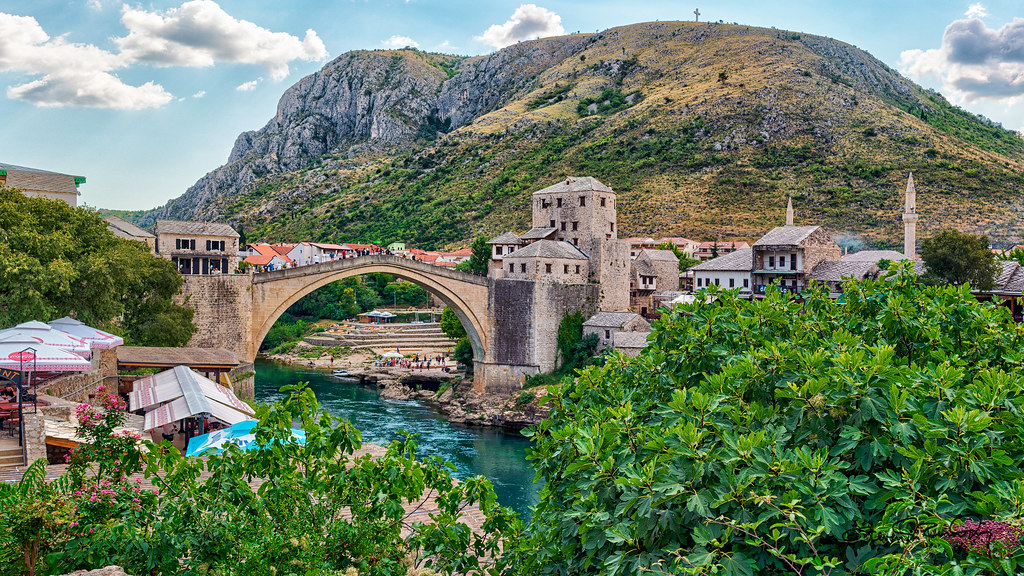 We learned a bit about Yugoslavia in school; we read about Tito's "benevolent" dictatorship; and we were aware of the fighting there in the 1990s. But we had very little understanding of the Yugoslavian people and their diverse cultures. This trip allowed to get a glimpse of the past and present issues for these new countries.

We began our trip in Dubrovnik, Croatia. Our hotel was a resort situated in the northwestern part of the new city, near the harbor entrance. We used public busses to visit the old city, getting a tour of local neighborhoods along the way.

Montenegro is a small coastal country very near Dubrovnik to the south. The city of Kotor is an example of an ancient walled city and trading center.

Bosnia suffered the most during the 1990's conflict. Sarajevo was surrounded by Serbians who bombarded the city with artillery and sniper fire. It remains a melting pot of Catholics, Orthodox Christians and Muslims.

Karanac, Croatia sits near Croatia's norther border with Hungary and Serbia. It's a rural town that was spared by the 1990's conflict; Serbs and Croats live among one another in this agrarian area.

Zagreb, is the capital city of Croatia. It's a modern city with a European feel. A highlight was a visit to the Nikola Tesla Technological Museum where we witnessed demonstrations of some of Tesla's inventions.

We took a day trip to the countryside to visit Tito's birth village of Kumrovec and then to visit a sculpture studio in Klanjec.

Opatjia, Croatia is a coastal resort town from which we visited Motovun, a hilltop rural village in a truffle growing region.

On our way there we visited a beautiful park called Plitvice with numerous waterfalls separating lakes.

Slovenia lies to the north of Croatia, just touching the Adriatic Sea near Trieste. We visited spectacular cave, called Postojnska, on the way to Ljubljana, its capital. Ljubljana is thoroughly European and cosmopolitan.

We took a day trip to Lake Bled on a rainy day.