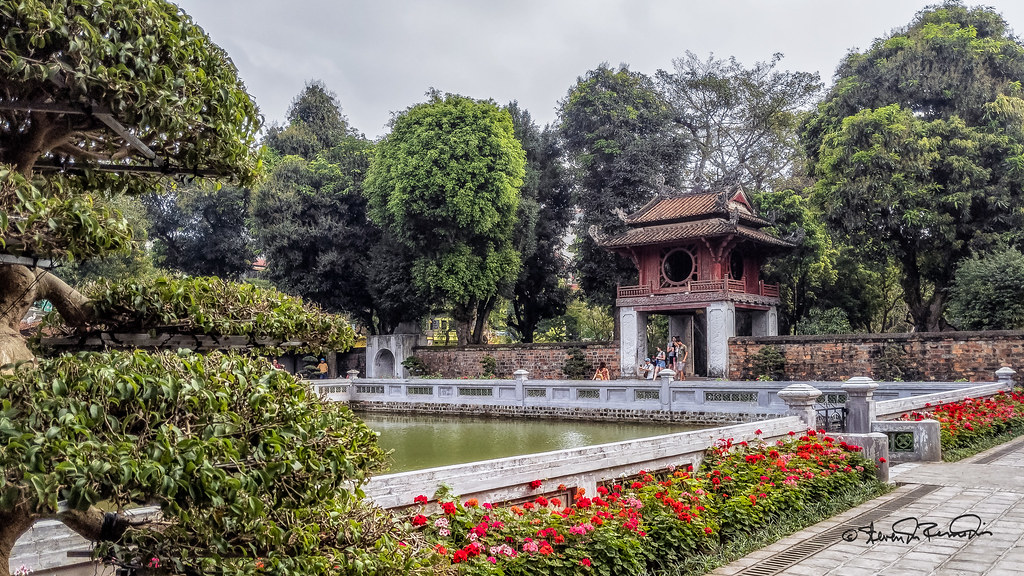 Hanoi, the capital of Vietnam, was an American mystery during the twentieth century. Now it welcomes all visitors to see what has been accomplished under their flavor of communism.

Our first tour was two hours out of the city and our guide was Sin (“Shing”). We went to the largest pagoda in Vietnam called Bai Dinh which had 3000 steps and 500 Buddhas lining the long open aired hallways leading up through the three buildings built on different levels. Had to take a small tram for a long drive from the parking lot to the entrance of the pagoda complex. Lots of visitors but mostly locals and Chinese (of course!).

After lunch we drove to the Tam Coc River where we split into two boats each rowed by rowers using their feet. We went through three caves and saw goats, egrets, stork, pigs. Lots of people on the river with each rower using their feet! Started to drizzle on way back but the rowers had their hands free to use an umbrella.