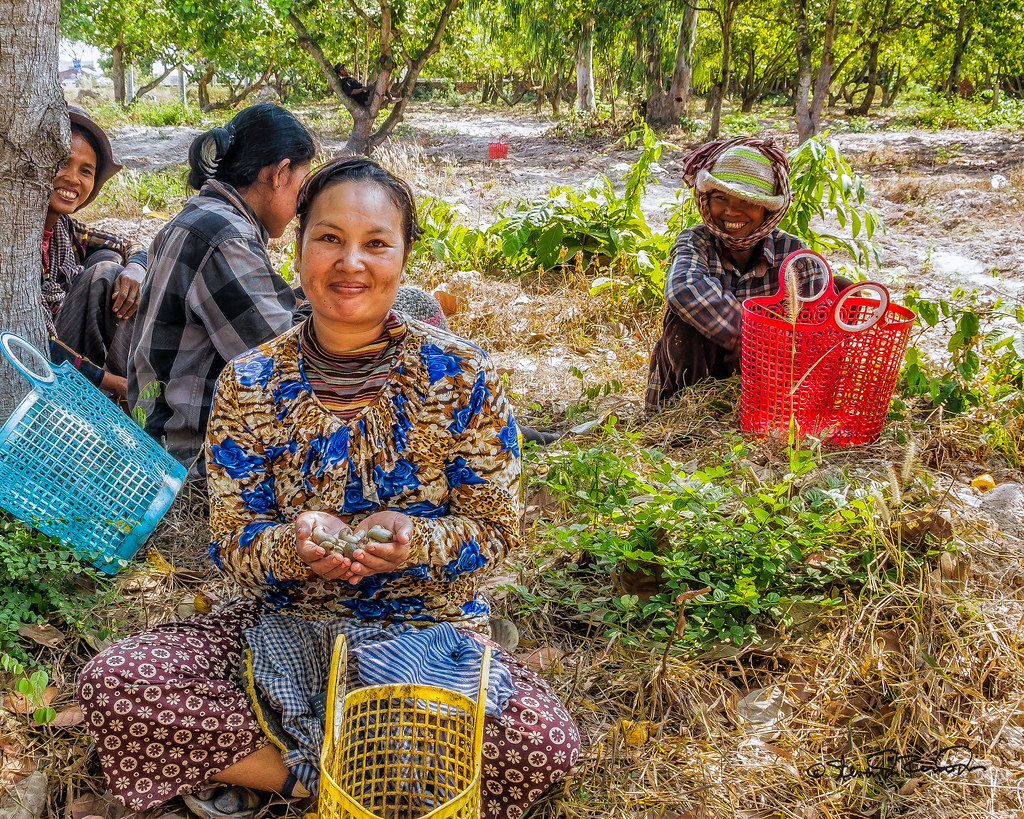 We drove by bus from Phnom Penh to Siem Reap through Cambodian countryside. There were several interesting stops along the way.

We stopped along way to walk to a lotus flower pond. There were flowers in all stages from buds, blossoms to seeds. When the flowers die, the seed pod turns green and has tasty seed treats.

Another stop took us to a woman's home where she told us about her tarantula business. She showed us how to hunt for tarantulas on her farm (getting about 20 – 30 per day from the fields). After she defangs them she sells them either live or fried! She fried a bowl of tarantulas, scorpions and crickets for us to eat.

As we continued our drive we noticed people working in a grove of cashew trees, so we stopped to visit with them for a few minutes. The fruit looks like a yellow pear/apple with one very large nut at the bottom of the fruit. The outer shell is poisonous!

Our guide took us to see a 1000 year old bridge called Kampong Kdei. It is said to be the world’s longest corbelled arch bridge and was built wide enough to accommodate the elephants used at that time.